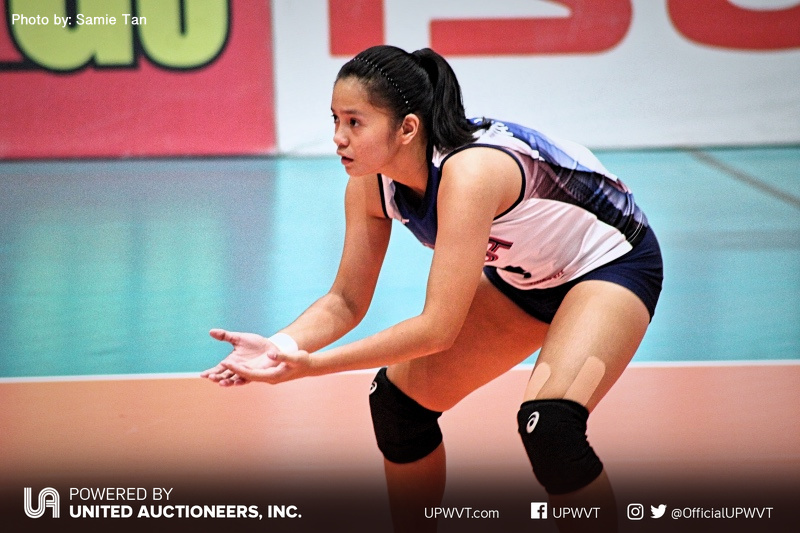 Remelyn Altomea has been synonym with success since her years in the juniors ranks. She was part of the 17-under Mythical six team at the 2015 Toby’s Sports-Wilson Juniors’ Volleyball League; was the Best Attacker and champion at the 2016 Palarong Pambansa; and the MVP and Best Attacker at the 2017 NCR Regional Meet. Not to mention that she graduated from King’s Montessori School with honors.

Yet, despite her many achievements, Remelyn considers playing for the UP Women’s Volleyball team one of her best accomplishments.

The outside hitter-turned-libero has also been enjoying playing alongside her volleyball idols. It’s a surreal feeling to be playing alongside them when just a few months ago she was watching and cheering for them on TV.

Remelyn was quick to note the help Isa Molde has extended to her during the transition from high school to collegiate play. She appreciates Molde’s leadership and how the veteran lifts her teammates up, “lalo na kapag puro errors yung ginagalaw sa loob ng court.”

This game maturity as well as better libero skills is what she looks forward to learning from her coaches and teammates.

Outside the court, the 18-year-old likes “CARBONARA AND KARE-KARE” (note: in all caps), and the Disney movie “Coco” which she shares made her appreciate her family more. There’s also no wonder why she’s been keeping her head in the game as this rookie gushes over Troy Bolton himself, Zac Efron.

A little secret about UPWVT’s newest libero — she ties her right shoe super tight and the left very loosely. Why? We’ll probably find out as we see more of her on court.

You can catch Remelyn Altomea and the rest of the UP Women’s Volleyball Team in their games. Visit UPWVT.com for more information on game schedules, scores, news, and free tickets.