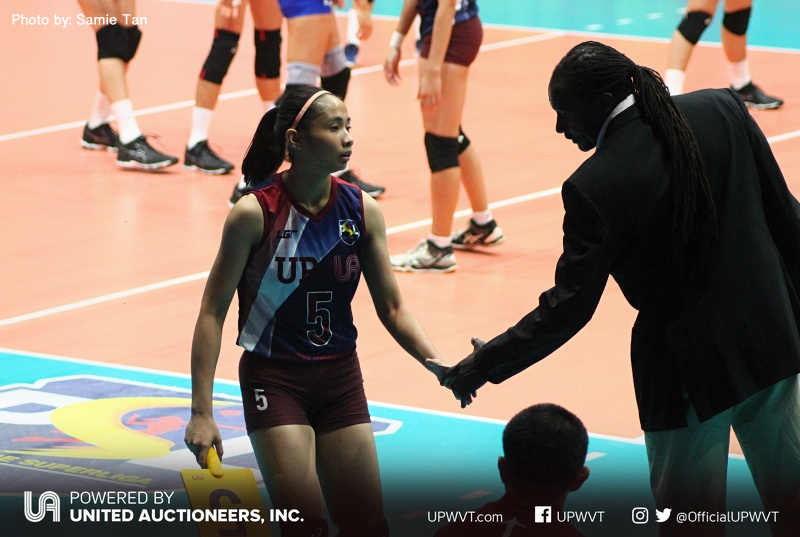 Nicole Anne Magsarile isn’t new to the volleyball grind. The newest Wing Spiker of the UP Women’s Volleyball Team knows the rigorous demands of the sport very well, coming off a championship run with the National University Bullpups in UAAP Season 80 and a stint with the U-17 Philippine Team.

Yet despite her background, Nicole still looks forward to developing her skills and more importantly, character, under Coach Godfrey Okumu and the Lady Fighting Maroons.

The learning process has already began for the 18-year-old. She had her first salvo in the collegiate ranks at the Philippine Superliga Invitational where she put up quality minutes as a rookie with her powerful spikes.

Speaking about her experience, Nicole says she is “honored and privileged” to be part of the UPWVT.

“It’s a big challenge for me, but I am lucky and blessed to play with them,” she shares.

A competitor herself, the 90s movie “Mighty Ducks” continues to inspire Nicole “to become a champion.” She is also inspired by the game of Thai players Chatchu-on Moksri and Pimpichaya Kokram who she considers to be the best volleyball players.

In the team, however, she looks up to veteran Tots Carlos who she says is a very good teammate and captain.

Aside from volleyball, Nicole is a big fan of “Riverdale” star, Cole Sprouse, and loves shrimp dishes and Leche Flan.

You can catch Nicole Anne Magsarile and the rest of the UP Women’s Volleyball Team in their games. Visit UPWVT.com for more information on game schedules, scores, news, and free tickets.