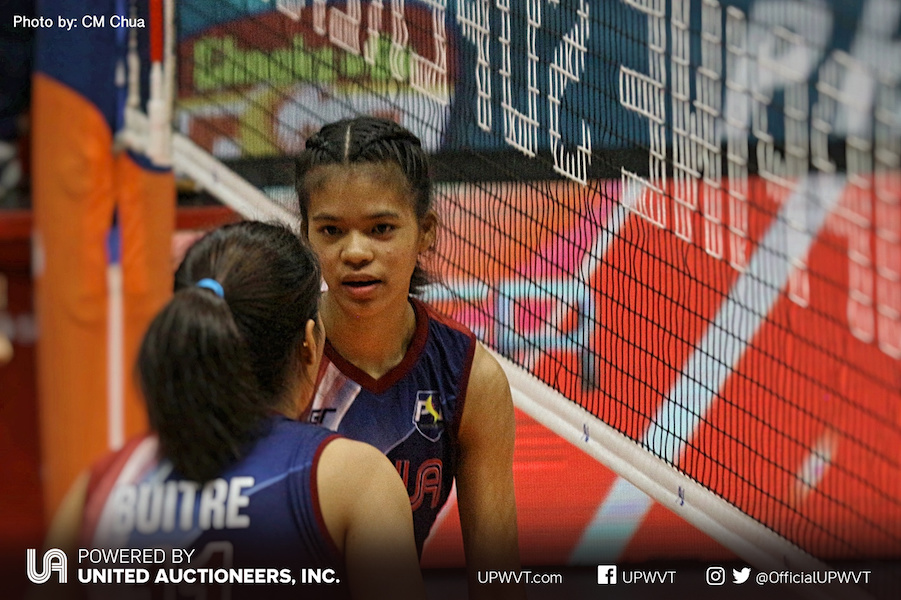 ‘UP Rookie Spotlight’ is a series on the Lady Fighting Maroons’ newest recruits. You’ve seen them on court, now learn more about these isko-atletas off court.

“Mahiyain” is how Lorie Lyn describes herself off court, but on court she’s far from it. This young student-athlete is not shying away from the competition, putting her brave game-face on every time.

The King’s Montessori School graduate has had peering eyes on her since high school — from opponents scouting her games together with fellow recruit, Remelyn Altomea, to schools recruiting her left and right.

She has dominated the game during her years in the juniors division, no wonder several UAAP schools were signing her up as early as 2016. But even with several offers, Lorie says she feels “super happy and lucky” to be part of the UP Lady Fighting Maroons.

“This is a dream come true for me,” Lorie shared.

Fresh from her championship run at Palarong Pambansa 2018 in Vigan with NCR, Lorie was able to quickly transition from a high school standout to a dependable rookie for UP. Already, UP Lady Maroons head coach Godfrey Okumu has added her to the rotation in the Philippine Superliga Invitationals.

But Lorie isn’t letting this get into her head. She knows she still has a lot to learn and she’s looking forward to learning from her seniors. She considers Ayel Estrañero and Tots Carlos as her tutors and is very inspired by how “mature” they are not only during games, but as she says, “sa lahat ng bagay.”

Aside from volleyball, the 17-year-old is just like any other teenager — she loves the Disney movie “Coco” and has the biggest celebrity crush on Daniel Padilla. Lorie also loves her mom’s cooking, especially her adobo, pork steak, and sinigang.

Yes, Lorie Lyn maybe shy at first, but make no mistake about it, this newest Fighting Maroon is ready to bring her fierce game to the court.

Watch Lorie Lyn Bernardo and the rest of the UP Women’s Volleyball Team in their games. Visit UPWVT.com for more information on game schedules, scores, news, and free tickets.