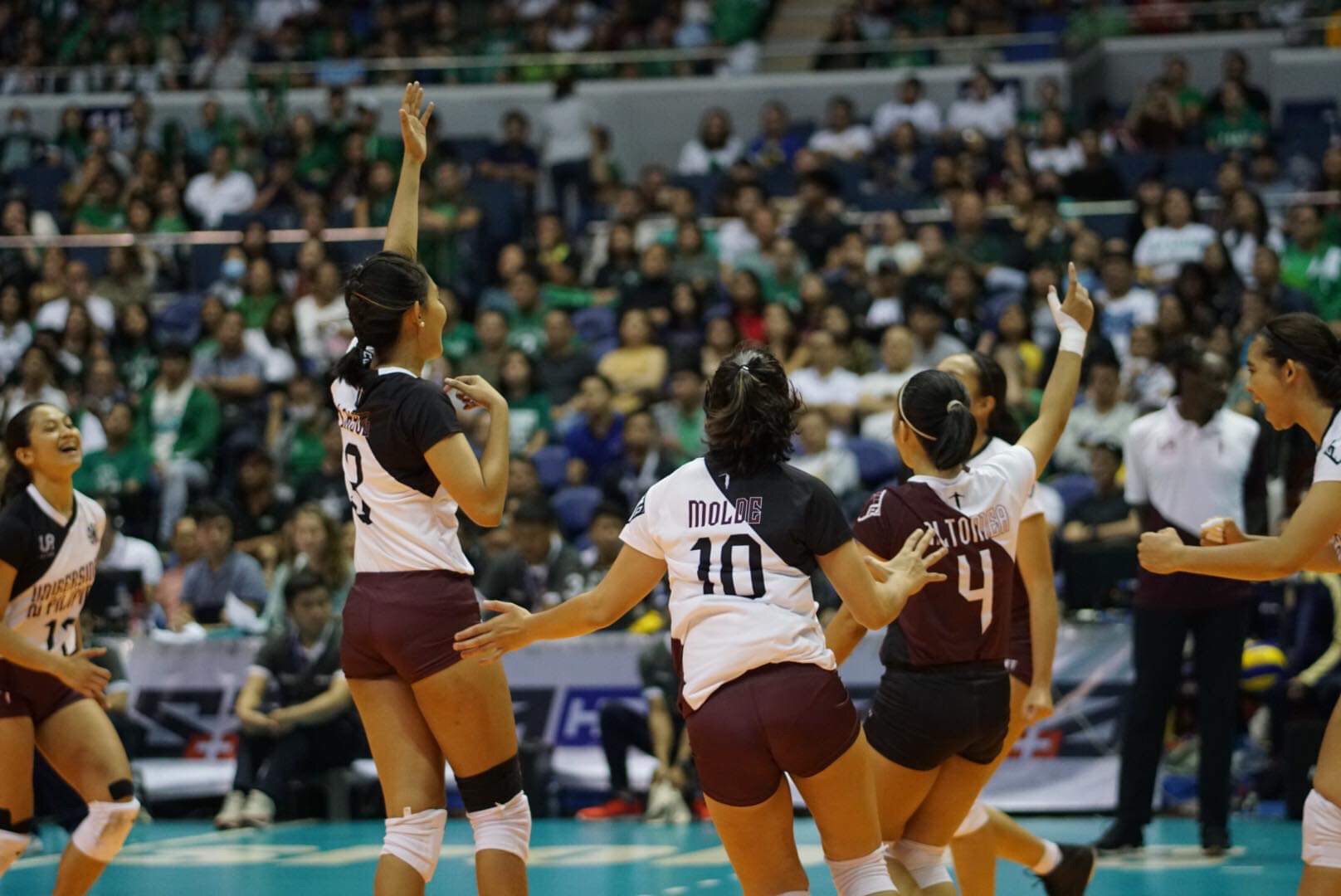 The UP Lady Fighting Maroons served the De La Salle Lady Archers its first loss in UAAP 81. The Maroons played like a well-oiled machine, scoring a five-set upset over the defending champions.

The Archers started strong, going for 3 straight points in the first. Not letting up, the Maroons answered with a small run of their own.

It was a close back and forth, with UP taking a slight lead for most of the set. But the 7 service aces of La Salle and a late-set surge helped them secure the win, 21-25.

The tight competition continued in the second as both teams took turns with the lead.

But a team effort from the UP veterans coupled with 11 errors by the opponents were too much to overcome for DLSU as the Maroons win the second, 25-20, to tie the match at one set each.

The third set had the same story, but the leadership and relentlessness of Justine Dorog, Isa Mole and Ayel Enstrañero helped push UP to a 2-1 lead, 25-21.

The squad from Taft found better footing in the fourth. While UP stayed within striking distance with Tots Carlos’ strong plays, the Ramil De Jesus-led team had more fire to end the set with a W, 20-25.

It was all Carlos and Molde in the fifth and final set, as both captains took on the scoring load for UPWVT. Ending the match with 19 and 20 apiece, their efforts paid off as the UP Lady Fighting Maroons scored a major upset against the unbeaten defending champions.

Marist Layug added 11 points, while Dorog had 8. Entrañero had 38 of the 39 excellent sets of the team.

Jolina Dela Cruz had 19, while Desiree Cheng was limited to just 12 for DLSU.

The UPWVT will aim to continue its winning ways against the Ateneo Lady Eagles on Sunday (March 10), 4pm at the Filoil Flying V Arena. 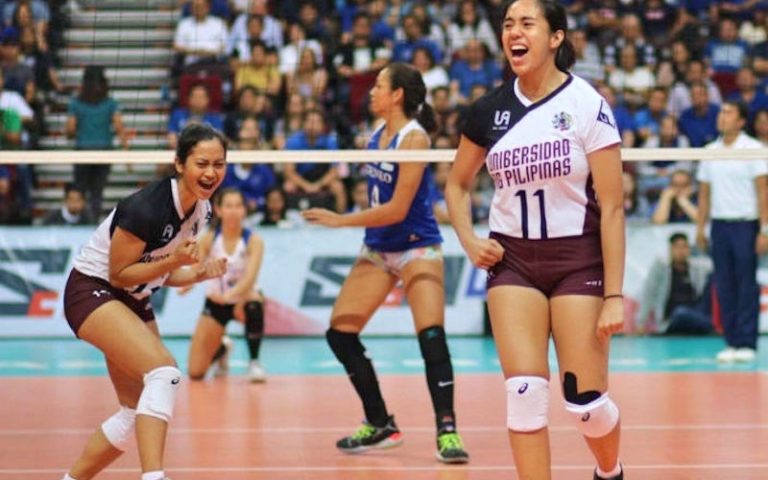 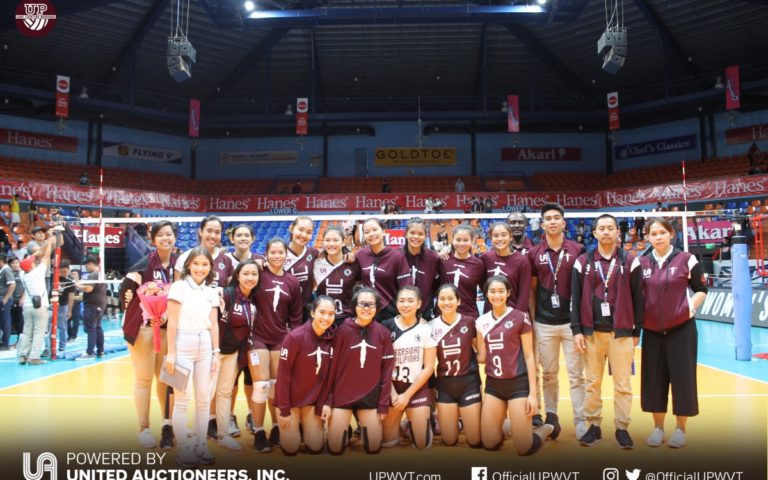 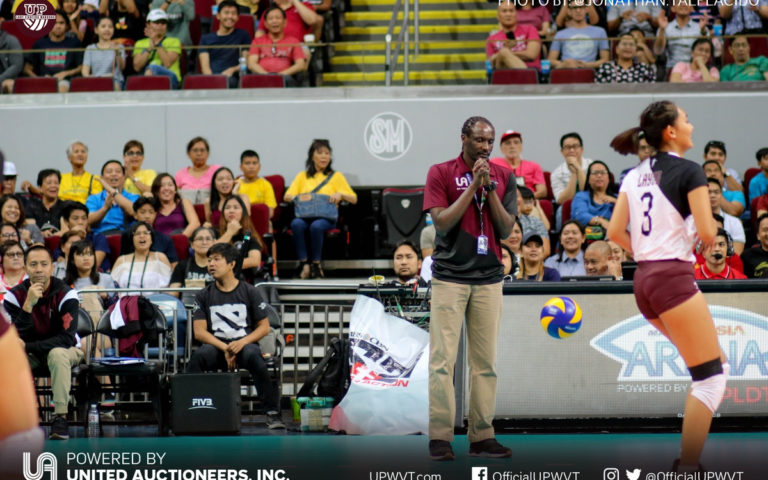 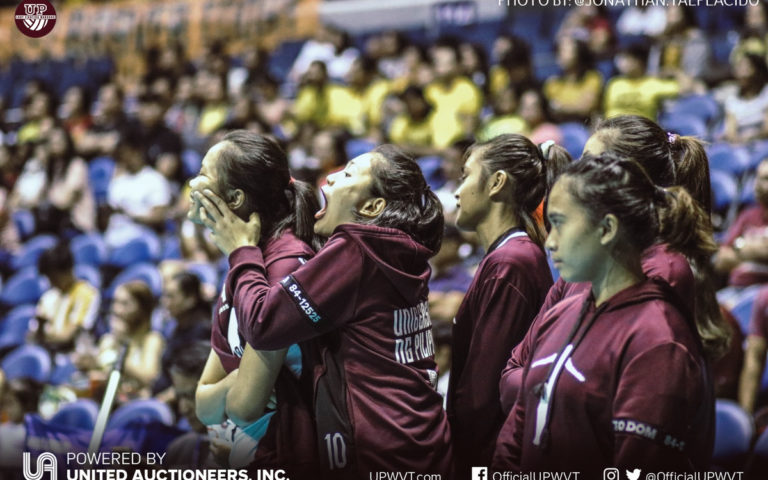 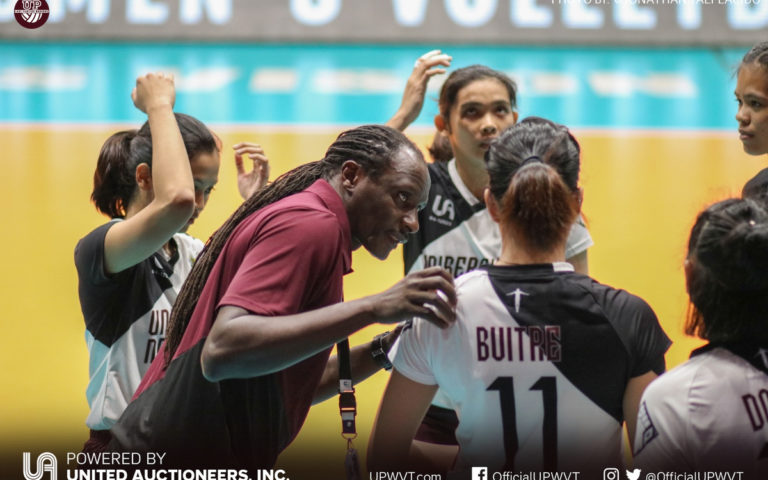 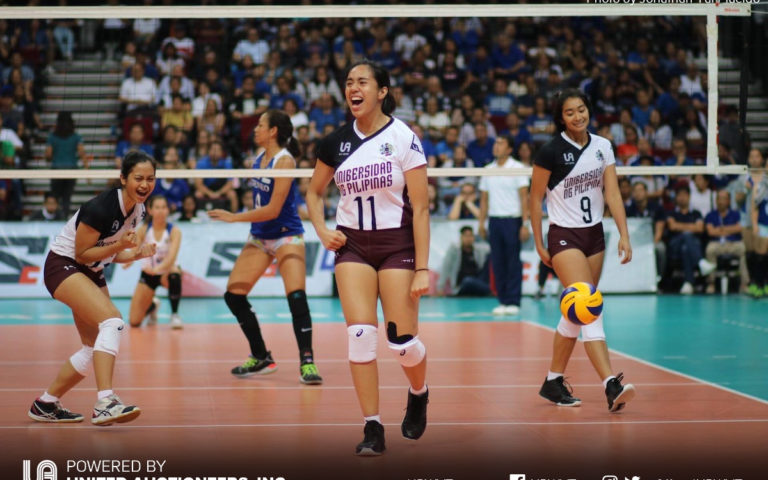 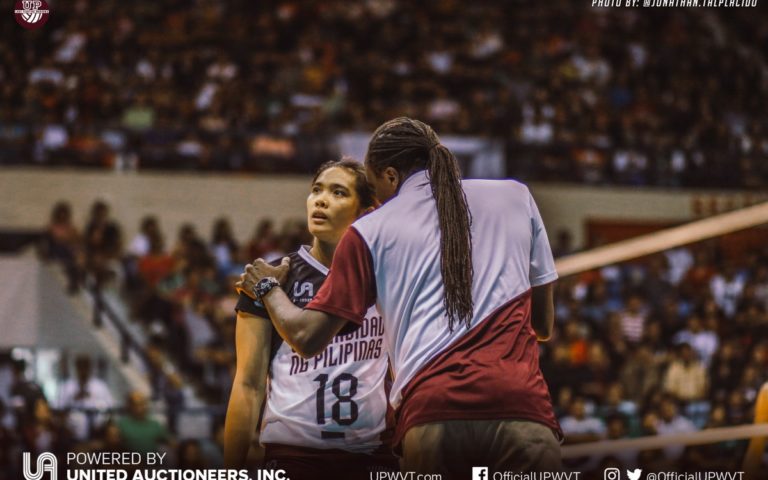 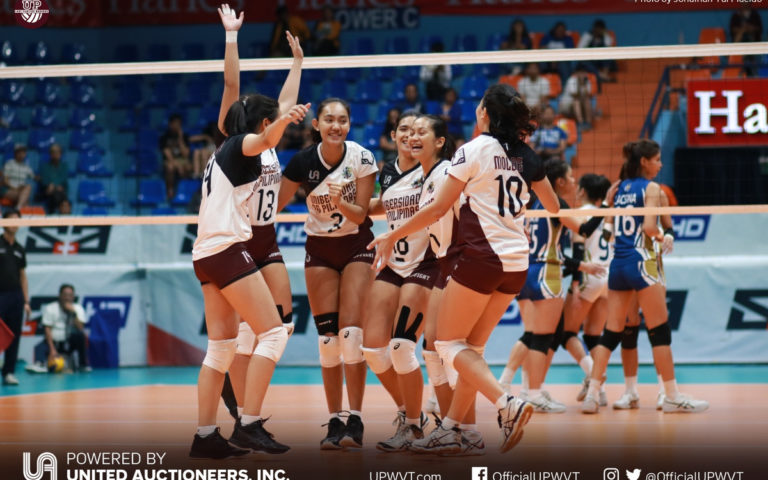 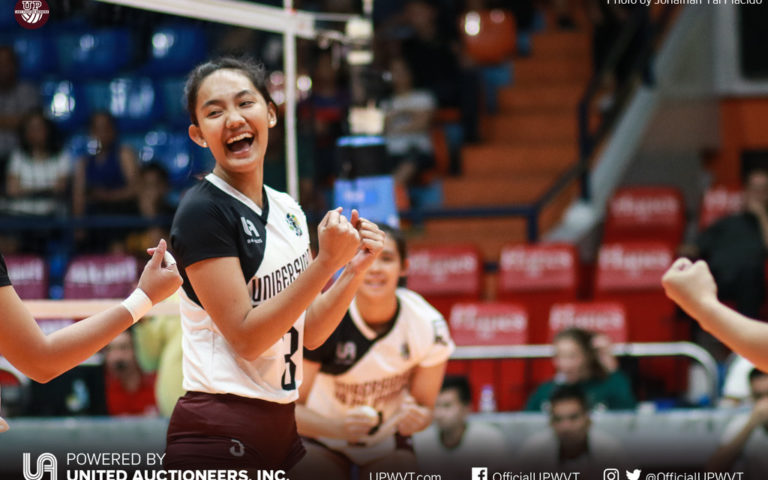 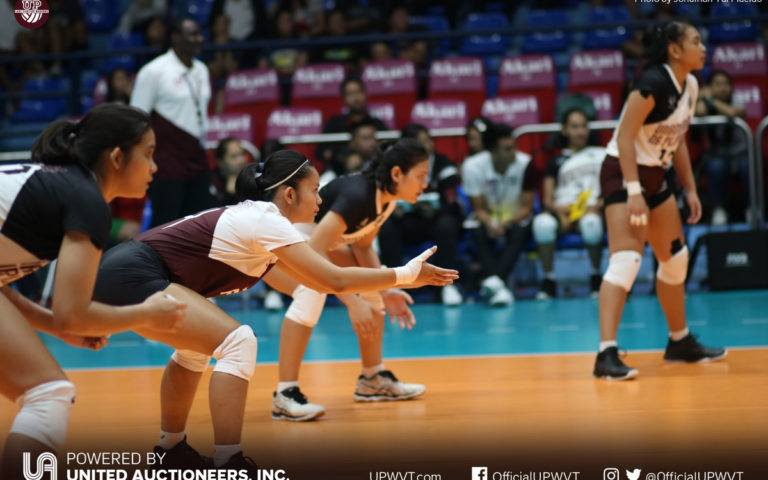 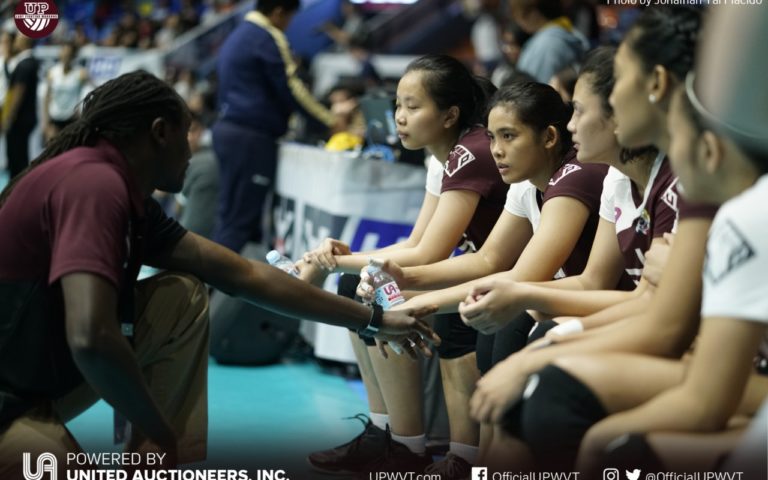 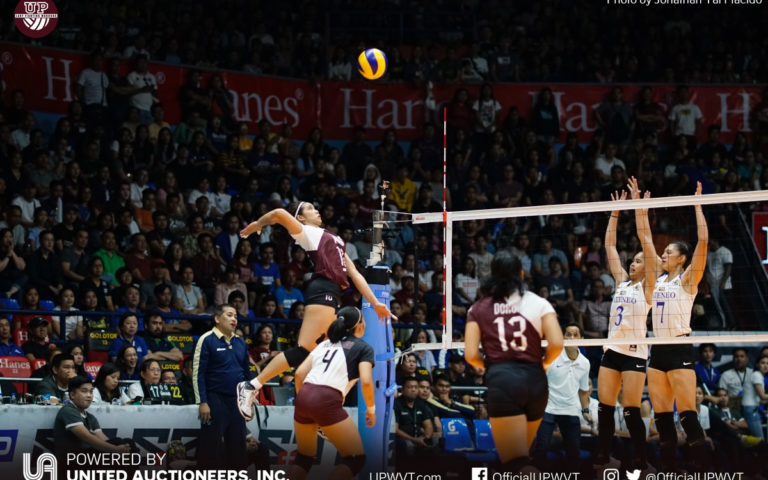 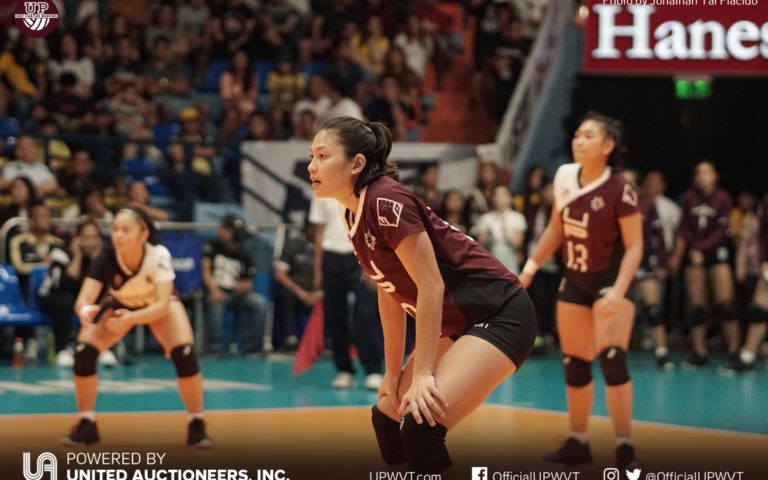 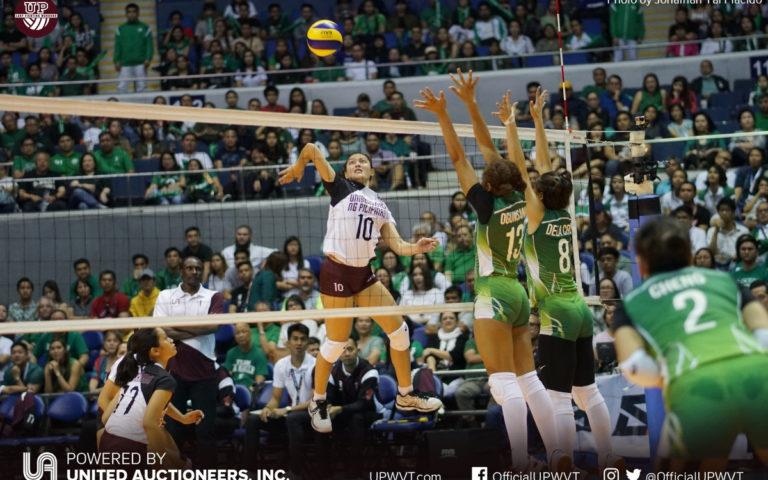 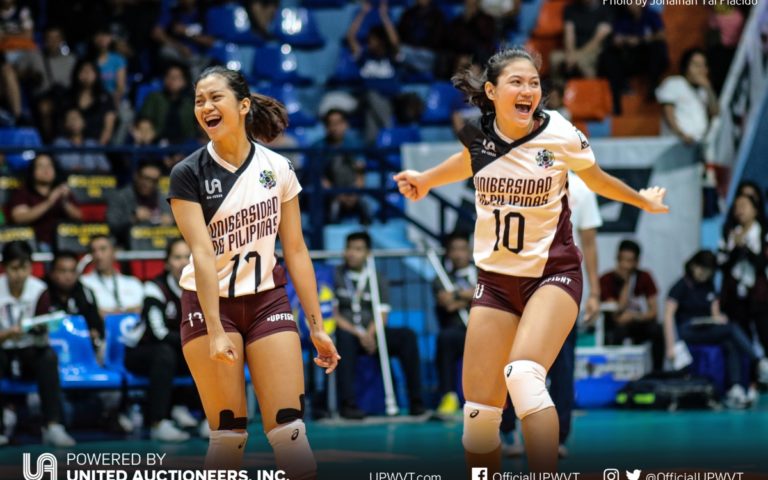 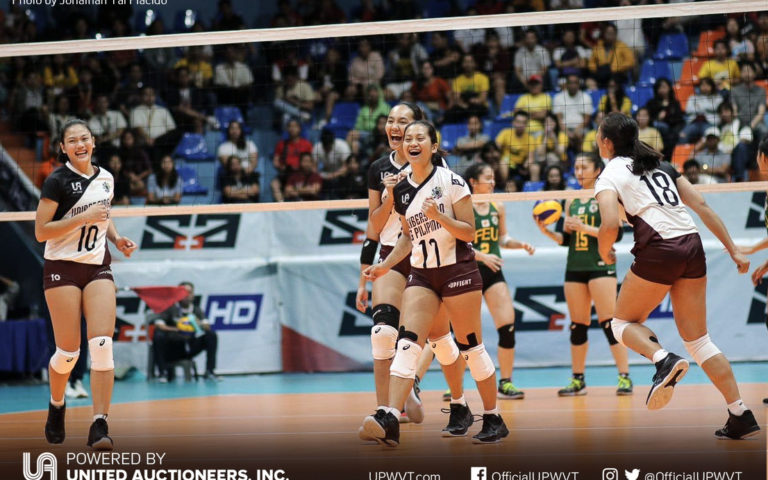 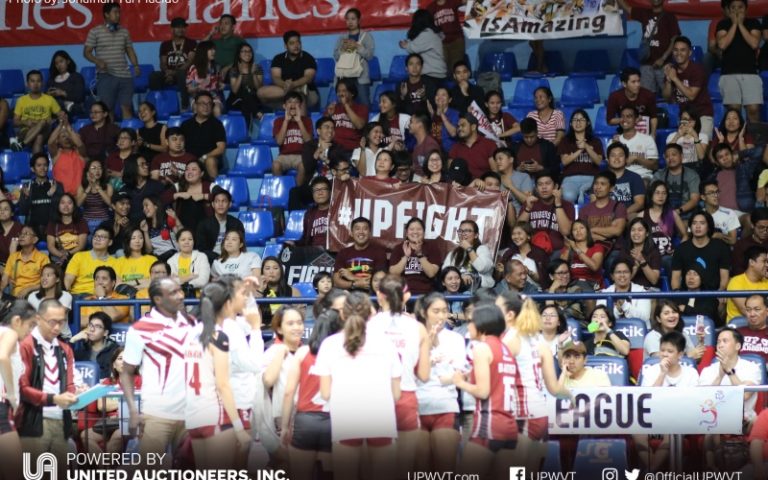 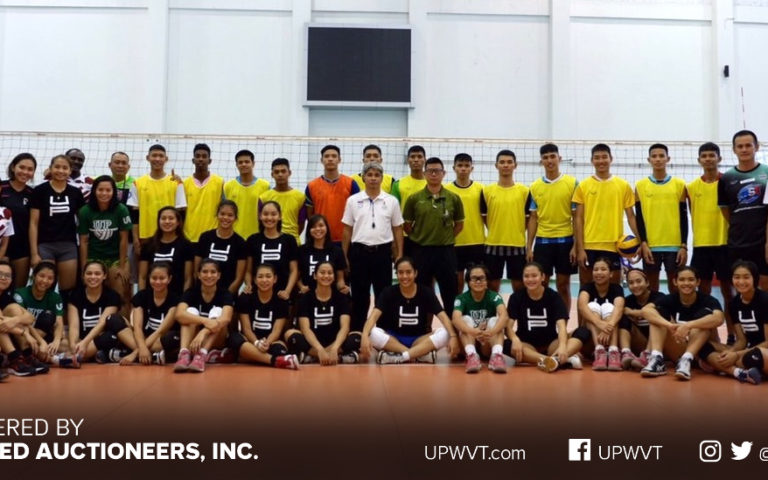 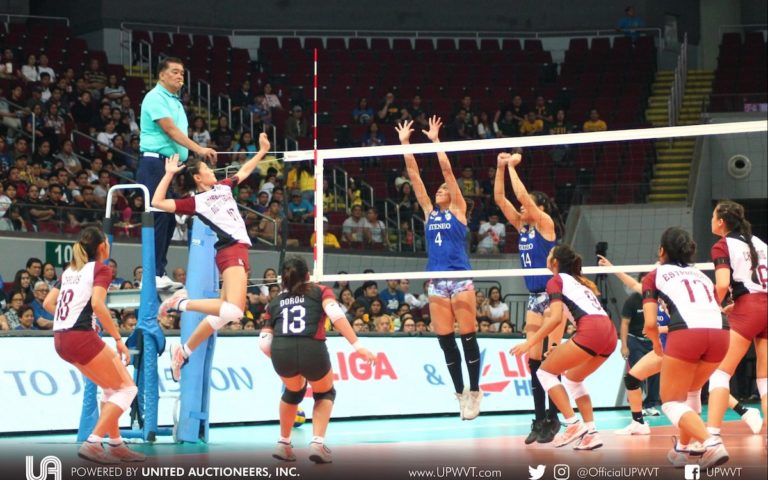 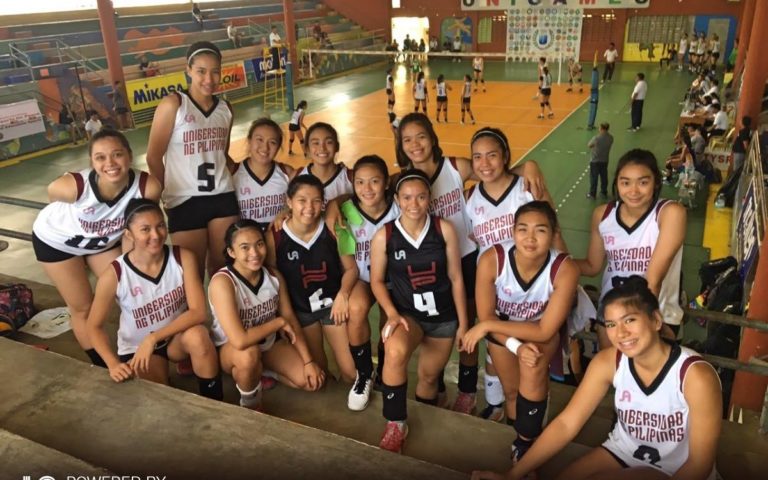 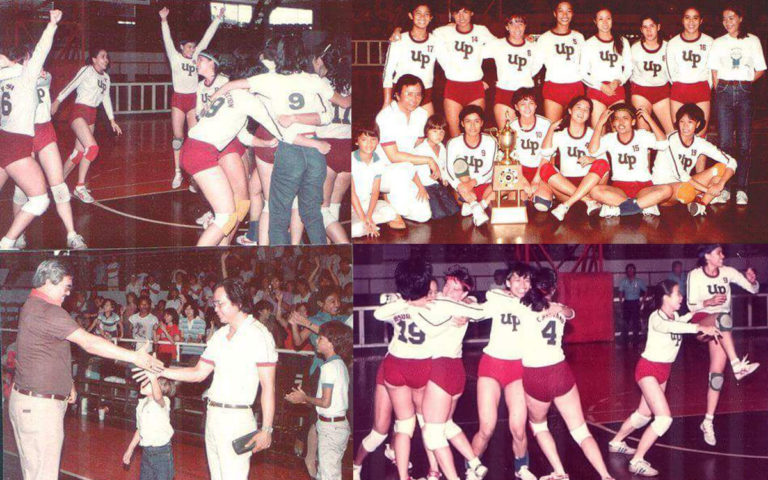