Isa Molde Injury Update: No fracture but needs therapy and rest31 March 2019Next 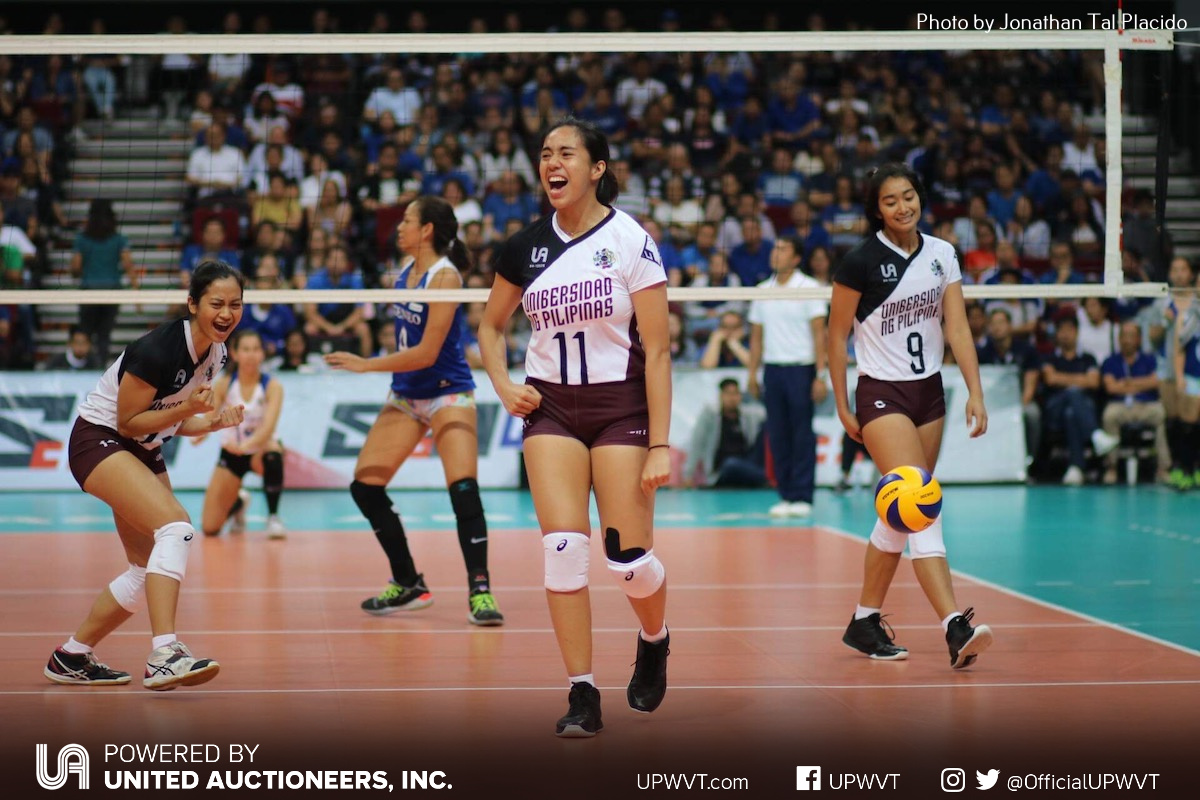 Today’s face-off between the UP Lady Fighting Maroons and the UE Lady Warriors was reminiscent of the teams’ first round clash — an intense, tight-fought five-setter. In the end, it was the Maroons who had enough to bag the needed W.

UP and UE kicked off the match with guns blazing, as both teams took shots at each other. Adjusting to the absence of co-captain Isa Molde to an ankle injury, the Maroons found themselves down early in the set.

Taking over the reins was Marian Buitre who quickly eased in to her scoring role and proved that the Lady Maroons shouldn’t be counted out. Leading the Maroons in total production with 19 big points, the senior helped mount a comeback in the first and eventually seal the set, 25-23.

Both teams had similar stats in the canto, as UP posted 13 attacks and 7 errors. UE had 12 and 8.

The rest of the match had the same narrative, with both teams taking turns with the scoring.

The Warriors trailed closely behind in the second set, before tying at 20-all and eventually completing the surge to make it a one set-all match, 20-25.

It was pure teamwork all throughout for the Diliman squad, with several players taking on the scoring load.

Ayie Gannaban and Tots Carlos helped carry UP in the third to bag the set, 25-23.

The fourth saw Rosie Rosier and Buitre taking turns in the scoring department. Deadlocked at 24-24, UE had a little more in the tank to tie the match at two sets each, 24-26, and force a winner-take all canto.

The Maroons finally took matters into their own hands in the final set, leading much throughout the fifth. With Ayie Gannaban, Marist Layug, and Justine Dorog pouring out the points, coupled with a crucial service ace from Jessma Ramos, the Maroons secured their sixth win of the season.

Buitre was a scoring machine, delivering 19 points with 16 attacks and 3 blocks. Carlos was her usual self with 16 markers, while Layug added 15 big points. Gannaban contributed 8 points, as Dorog, Rosier and Ayel Estrañero poured a total of 18. Estrañero also had 34 excellent sets.

The Lady Maroons now tie the UST Golden Tigresses at fourth, with 6-4.

The UP Lady Fighting Maroons will be facing the FEU Lady Tamaraws on April 6 (Saturday), 4pm at the Smart Araneta Coliseum. 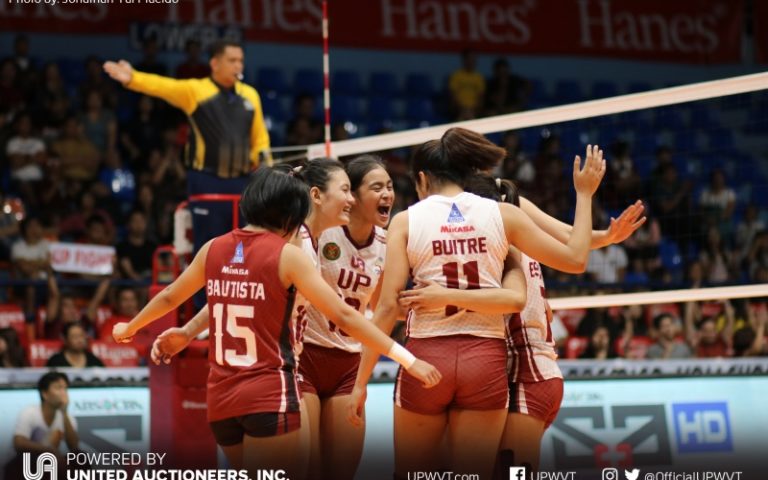 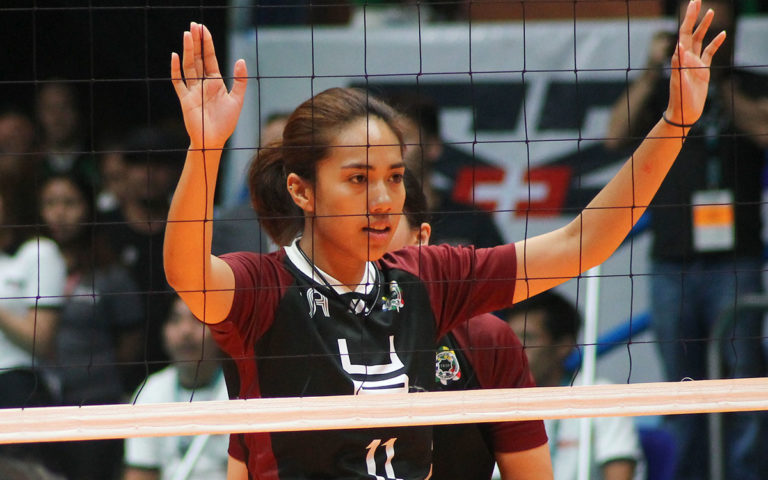 A different side to your UP Lady Fighting Maroons: Marian Buitre