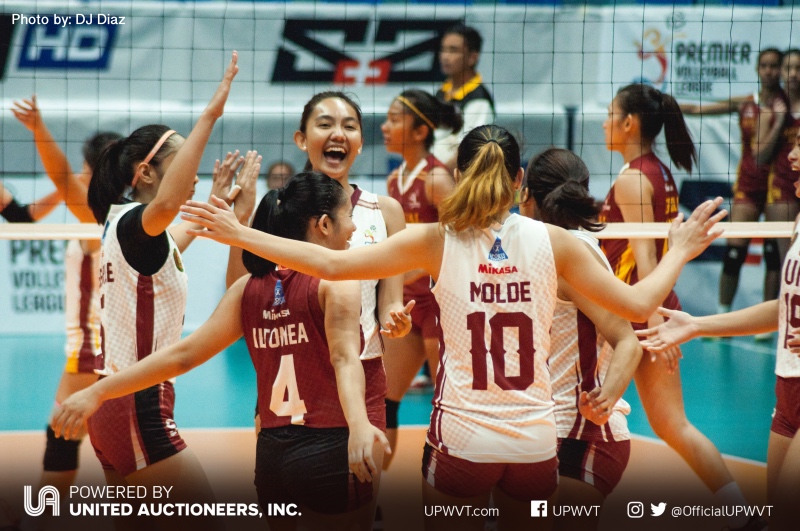 The Lady Maroons came out fighting today as they took the University of Perpetual Help Lady Altas to school in the Premier Volleyball League Collegiate Conference 2018.

UPWVT hit the court running with a first set takeover, leading by as much as 16 points, 24-8. The second set was no different, with them making easy work of the Lady Atlas, 25-12.

UPHSD tried to bounce back in the third set, leading all throughout. But UP caught up to tie the match, 23-23. The ladies then caught fire to eventually bag the win.

UP ended their first match in the PVL with a straight set victory.

Isa Molde led the rest of the Lady Fighting Maroons with 14 points, while Marian Buitre had 7 points. The rookies also continued to put up impressive performances with Mirgie Bautista and Nicole Magsarile contributing 4 a piece.

The Lady Altas looked to Jowie Versoza and Jenny Gaviola who had a combined 12 points. However, it was not enough to score a set against the reinforced UP Women’s Volleyball team. UP’s defense impressed as no player from the opposing team scored in double digits.

UPWVT’s next match in the PVL will be against the Eya Laure-led UST Golden Tigresses on August 5 (Sunday), 2pm at the Filoil Flying V Arena.