The UP Lady Fighting Maroons suffered a huge loss on Saturday — not only were they handed their fourth defeat of the season, the team also lost ace player and co-captain Isa Molde to an injury.

During the second set of a tight match against the Ateneo Lady Eagles, the 20-year-old senior suffered an ankle injury after falling awkwardly on her teammate following an attack. Trying to avoid Mirgie Bautista, who dove to the floor for a dig, Molde landed entirely on her left leg which took much of her weight.

Molde stayed on the floor in pain and was immediately stretchered off the court. She was later brought to the Philippine General Hospital for further examination.

Thankfully, Molde did not suffer any season-ending injury. According to the Lady Maroons’ team physician, the outside hitter from Cebu is cleared from any fracture on her knee and ankle. The injury is also not considered a high ankle sprain. However, she will need therapy and rest so she can return to play.

Molde will most likely be out on Wednesday against the UE Lady Warriors to have enough time to recover from the unfortunate ankle sprain.

We ask the entire UP community and all the Lady Fighting Maroons supporters to pray for Isa’s quick recovery so she can be back to her Isa-mazing ways for the remainder of UAAP 81. 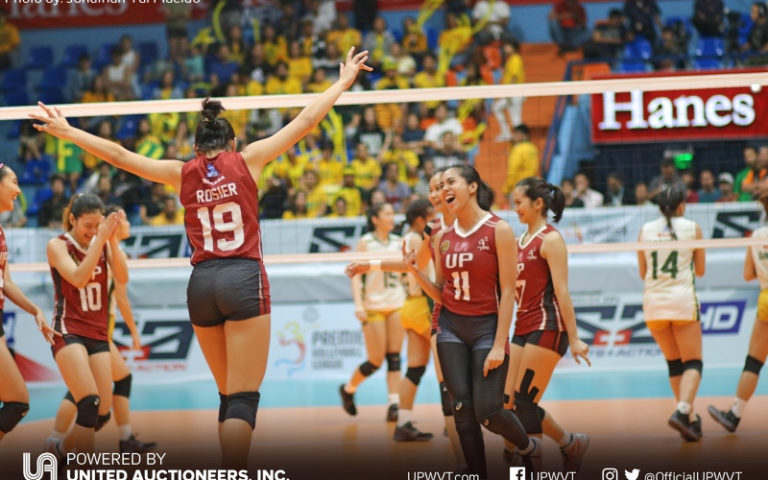