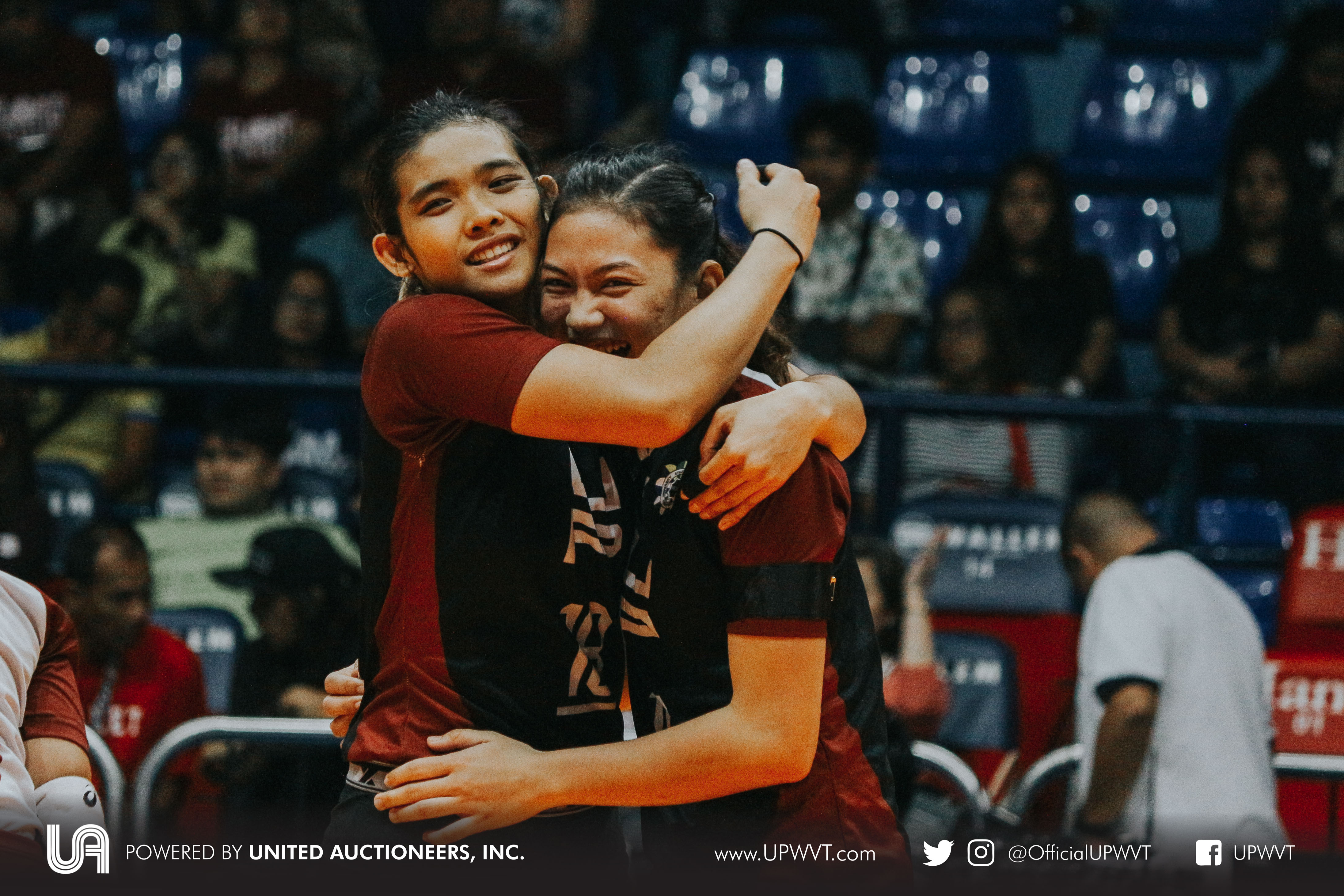 Just two more days left and the UAAP volleyball season finally kicks off. As pressure mounts for the UP Lady Fighting Maroons to have another successful run, the team counts on captain Tots Carlos and co-captain Isa Molde to lead the way. And the two seniors aren’t backing down from the challenge.

Carlos and Molde both had a tremendous off-season. The Cebu City native torched her way to a successful MVP and Finals MVP run which helped the team bag its first championship in decades in the PVL Collegiate Conference. Without Carlos who was recovering from an injury, Molde took matters into her own hands, putting up MVP-level scoring outputs throughout the tournament.

Tots followed it up with an MVP performance of her own in the PSL Collegiate Grand Slam. The Bachelor of Sports Science student helped the rookie-packed lineup bag the team’s second championship of the year.

Carlos, who’s on her second year as team captain, considers their pre-season success an effective preparation for the competition in the UAAP that reinforced the team.

She also commended UP’s first year players for their competitiveness.

Isa also attributes the team’s closeness to their winning stretch which she knows will help them come UAAP.

“This season will be different dahil sa closeness ng team,” the 20-year-old shared.

As for the pressure placed on their shoulders after a historic run, Carlos says that while they cannot promise fans and supporters a UAAP championship, UPWVT will definitely give their best in all of the 14 games.

“Everyone knows we have a chance at the championship, pero kelangan namin trabahuin yun. What we can promise is ibibigay namin yun best namin.”

Molde echoes the same sentiments and hopes the fans will support them until the end.